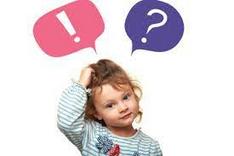 I would like to think that even as an adult, I am always learning.

Here are some interesting facts about early childhood you may not know.

The more we all know about early childhood development, the more we can advocate for quality services, build stronger relationships, and increase investments. Together we can produce better outcomes for our youngest citizens.

Disclosure: Carrie Kube is a Director for the Iowa River Valley Early Childhood Area Board.  All thoughts and opinions expressed are that of the author and not the Board and/or its community partners.